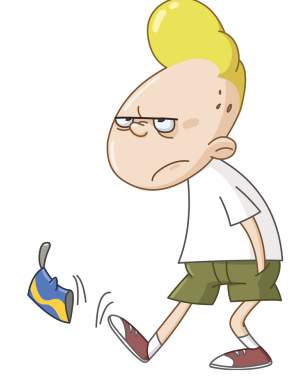 The 1970s and ’80s witnessed a new brand of heroism making a significant impact on the psyche of young Indians. A radical protagonist dominated the Indian silver screen for more than a decade. He was usually the scum of the unemployed brigade who was never afraid to take on corrupt establishments. He challenged the tyrannical capitalist bosses and never shied away from raising his fist against the moral rot in the society. He was a rock with a heart of flesh, a beacon of reason to the masses, a courageous do-gooder, a gun-toting saint, an underdog, but a rogue revolutionist.  In short, he was a rebel angel in an extremely unjust, class oppressive society.

He was the Angry Young Men.

People thronged to the cinema halls to catch a glimpse of him. They identified completely with him. They cried when he cried, they laughed when he laughed. They squirmed when he got punched and brought the house down when he punched back.

Who can forget Amitabh Bachchan, or Rajinikanth of that era? They effectively lived the part of the AYM, and it catapulted them to super-stardom

But there is a far more complex background to this hysterical phenomenon. The socio-economic decor of India had a major role in galvanizing the audience to root for this Angry Young Man.

Against the background of increasing unemployment and political violence of the 1970s, these films offered the valuable getaway to the discontented minds to discharge their simmering anger against the “system”.

Even today this radical mentality exists within us. Do you wonder why we whistle when we see the hero finally triumph on-screen or why our children are hooked up to blood-spilling games with an anti-establishment core? Do you wonder why lone-wolf stereo-types like Batman, Wolverine or Rorschach are eulogized? After all those decades, we continue to identify our unmitigated passion with these archetypes and cult-symbols.

But we also know that these exercises are a short fix, don’t we? The sad truth is that we will soon find ourselves a new way of expressing our angst through the next big thing. We habitually find the next short-term fix; another new cause that will soon fade away to be replaced by another.

The purpose of this article is to liberate ourselves from this fake, unsatisfying and cyclic conundrum, and find the ultimate angry young man—Jesus of Nazareth

We often typecast him as a Western God, or one among the host of divine gurus. He is either a monotone image of love, or an emotionless God-freak. I beg you to reconsider, if that has been your view till now.

He was more than that!

Jesus was unrelenting in bringing justice to this lost world. His way of defining life was at loggerheads with the existent corrupt socio-economic, religio-political judicial structures. He pulverized the wise minds of his era with unsurpassed enlightenment and knowledge. He deeply honoured women and gave them their due dignity. He gave prominence to children. He healed, exorcised, and raised the dead without charging a penny

He was God who volunteered to become man and toil like any respectable “Mard” [Hindi for man; also title of a popular film]. Opposed to our mental imagery and constructs Jesus is not a “firangi” or a colonial import. Jesus was born a Jew, under a Roman rule, against a Hellenistic backdrop. So you can say bye-bye to the Aryanized blue-eye and blonde-hair versions of wistful Western portraits. Knowing about Jewish fundamentalism, Roman patriotism and Greek culture become a necessity to appreciate this angry Young Man.

Jews were religious “fanatics”. Their nation was born under a heavy theistic influence. So it is natural that the power structures of the Jewish world wrested with the religious fundamentalists and sects that interpreted religious laws. To violate interpreted law invited even capital punishment.  They thrust gender discrimination as a doctrine and it was pretty suicidal to have even an idea of equality let alone attempting to associate with those ideas in reality.

To a Roman, the spirit of Rome, Roma, was a deity. Statesmanship was worshipped to the point of emperor worship and any hint of insurrection or sedition was quelled with ruthless manslaughter. It was fatalistic to have a following, especially when you are perceived by the commoners as the King of the Jews.

The Hellenistic culture promoted by Alexander’s “polis” methodology had its share of negatives. Polygamy, homosexuality, and temple prostitution were a way of life. Leisure and pleasure were the underlying principles. To radiate a strong moral glow in this habitat was to flirt with unpopularity and public ridicule.

In short the prevailing situation could be condensed as follows:

Social inequality and gender discrimination were the norm of the day. Slave trade was a booming industry. Children were branded as sinners. Double taxation coupled with temple taxes made sure that there was “too little to survive and too much to die”. Disease and physical sickness flourished in this scenery. Poverty and social injustice were prevalent. Political unrest and riots were breaking out everywhere. Nepotism and sexual promiscuity ruled the roost. Religion stood for the privileged than for the oppressed.

Into this very explosive environment entered an obscure carpenter, who lived and advocated a life of purity. He was the Son of God, virgin-born, sinless and unrelenting in bringing justice to this lost world. His way of defining life was at loggerheads with the existent corrupt socio-economic, religio-political judicial structures. Despite being one of the ill-educated working class, He pulverized the wise minds of his era with unsurpassed enlightenment and knowledge. He deeply honoured women and gave them their due dignity. He gave prominence to children. He healed, exorcised, and raised the dead without charging a penny. He preached the Love of God to the penniless. He forgave sinners and adulterers. And he never compromised with the ruling class even to the point of death. He was willing to die a traitor’s death keeping in mind a perfect and glorious climax.

On the action front, who can forget His rage when he drove hordes of scheming business opportunists and burly hooligans into a phobic frenzy, from the temple courts. What courage and manliness that was utterly fearless and uncompromising! What rage and charisma that decimated injustice on one hand and demanded a popular following on the other! What power and authority He possessed to raise the dead or to command a raging sea to submission! Yet what humility and obedience to have suffered spits and scourges just to finish His mission on earth! And, with what wrath and vengeance He is going to return to judge the quick and the dead!

Though man, He was undeniably God by His pre-existence. He resurrected as the first-born from the dead in glorious form and ascended into heaven to sit at the right hand of the Father. Since that time, He has been supernaturally calling out to people like us, who have drives like these, to align with Him and His cause. He calls to people of every generation to become units of Him to show to the world how it has to function.

Any man or ideology arising out of an imperfect world is bound to be imperfect. Any personality or cause that springs out from a time bound universe is just not that expansive and all-inclusive. It would, thus, be advisable to heed the call of this perfect, timeless, incorruptible, all-saving, all-conquering, sympathising, empathising, doting, revolutionary, radical and exclusively true source; the source of all that is invisible and visible, the source called Jesus, and align with His cause.

So do you want to respond to the call of that man to become like that ultimate Angry Young Man? That would be a question I humbly request you to ponder over this Christmas.

Who Will Do the Dirty Work?

“You set example of how celebrities should behave at the airport. No harm at all tugging your own…

Geeta Pandey, a BBC correspondent, wrote the following on the Deepika Padukone’s “cleavage controversy” on September 15, 2014:…